On the Anniversary of Your Ordination to the Priesthood

Text with double hand-painted border at top and bottom with crosses in circle at the center of each. 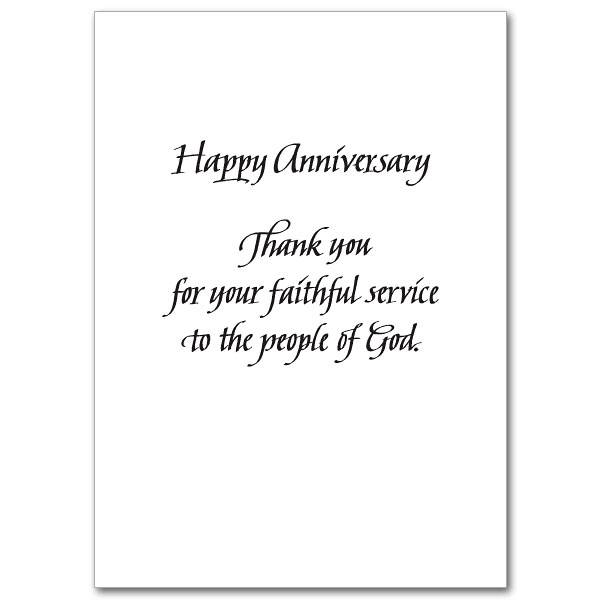 Blessings on the Anniversary of Your Ordination

Chalice and host, stole and gospel book on altar; red antependium on altar with image of deer drinking from fountain of life 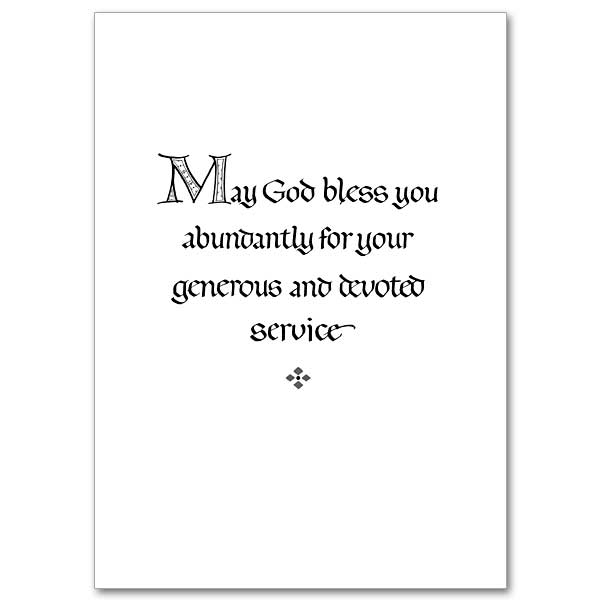 An equilateral cross with a diamond pattern at the center. The cross is surrounded by a circle of grape vines and at the bottom of the circle are shafts of wheat.

With Thanksgiving on Your 25th... 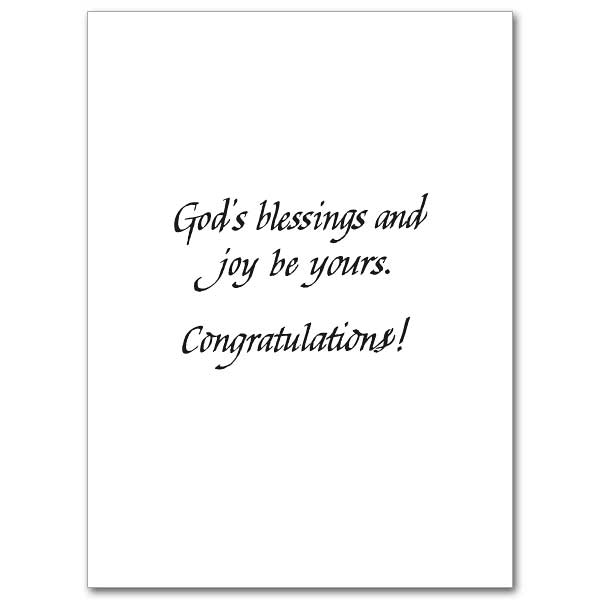 Rejoice with those celebrating the anniversary of their ordination. The cards measure 5.93" by 4.38". Watercolor purple cross with yellow, blue and green background and white calligraphy 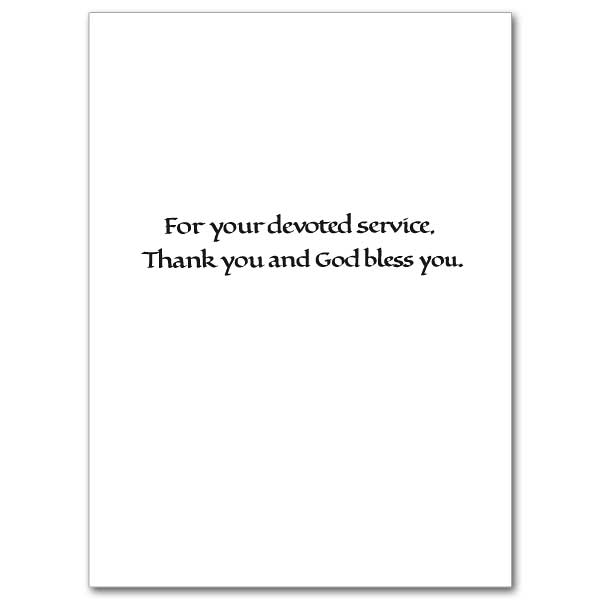 The cards measure 5.93" by 4.38". tan background with Greek cross on left lower side, maroon square on right with text in gold, maroon stripes top and bottom

On Your Anniversary of Priesthood

Chalice and host surrounded by grape clusters and shafts of wheat on a yellow patterned ground. A row of red crosses is seen in the panel above the chalice. There are top and bottom borders of classical leaf designs in red and blue on a light leaf green background. A dark blue patterned border… 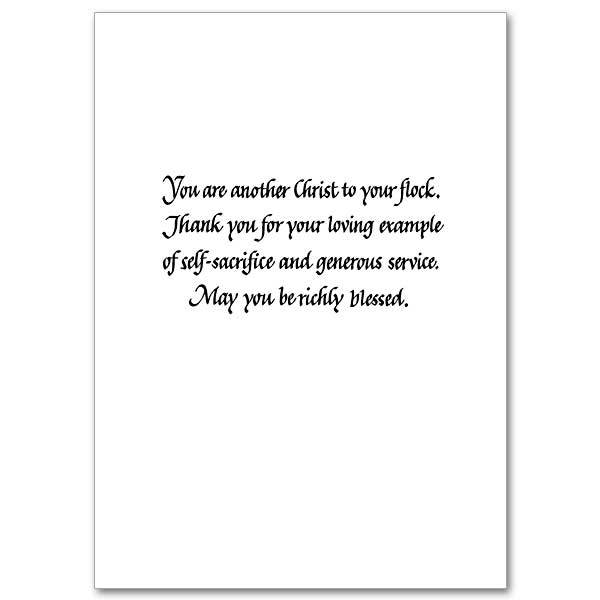 On the Anniversary of Your Priesthood

Stained glass image of Christ the High Priest The window is from the Blessed Sacrament Chapel at Our Lady of Lourdes Church, Harrisonville, Missouri. Recognize the anniversary of your parish priest's ordination. 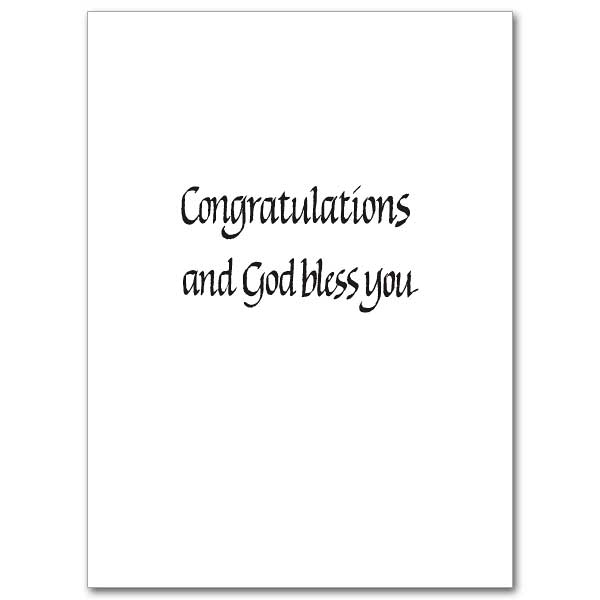 On Your Ordination Anniversary

Symbols of the four evangelists. The cards measure 5.93" by 4.38". white background with symbols of the 4 evangelists on left side in red, green, and navy; maroon text on right side with blue vertical stripe 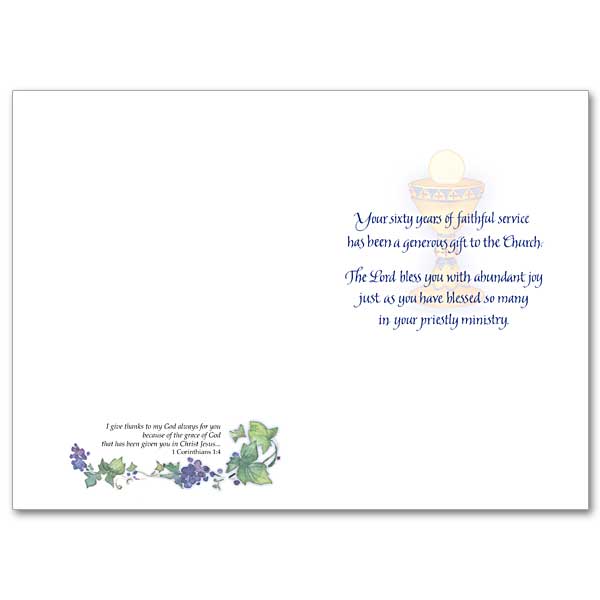 Chalice and host with grape cluster and leaves on a blue patterned ground. At the left is a copper colored border with a classical floral pattern alternated with red crosses. A tan colored square with a borders of grapes and grape leaves serves as the background for the number 60th. 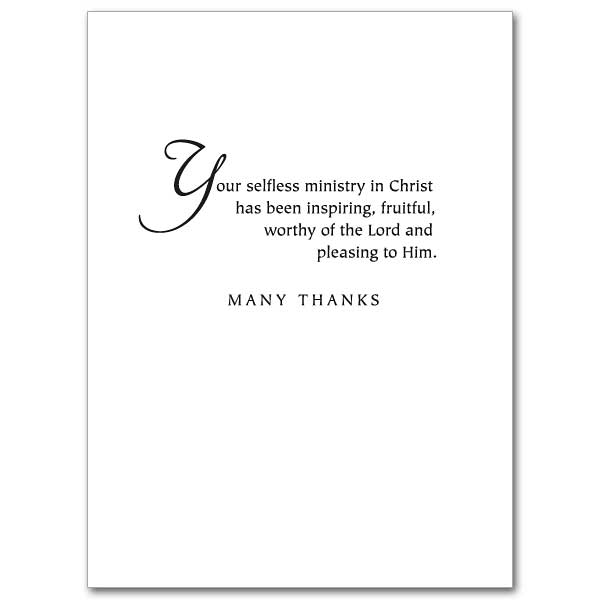 Congratulations on Your 50th Anniversary of Ordination

Rejoice with those celebrating the anniversary of their ordination. The cards measure 5.93" by 4.38". Image of sower scattering seed 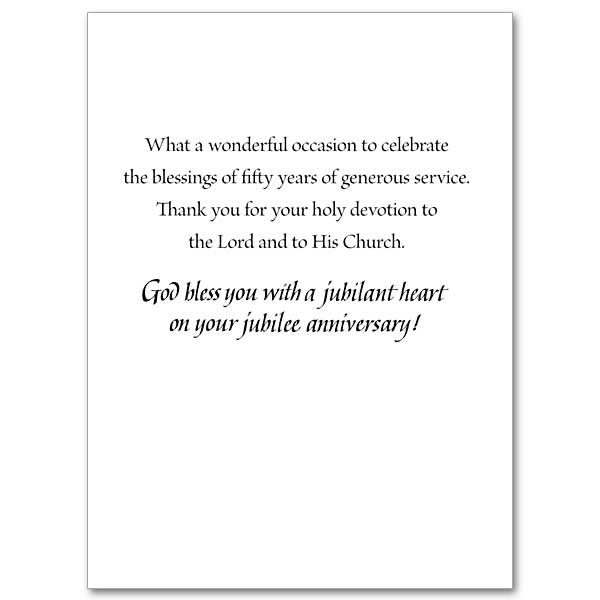 Happy 50th Anniversary of Your Ordination To The Priesthood

A stained glass window image of a gold and red Jerusalem cross. 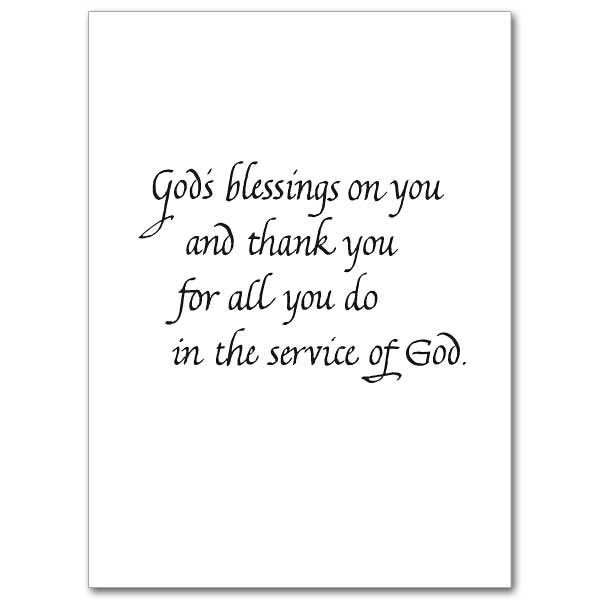 Congratulations on Your Anniversary

Rejoice with those celebrating the anniversary of their ordination. The cards measure 5.93" by 4.38". Black text on white background with chalice, hosts, wheat, and grape vines 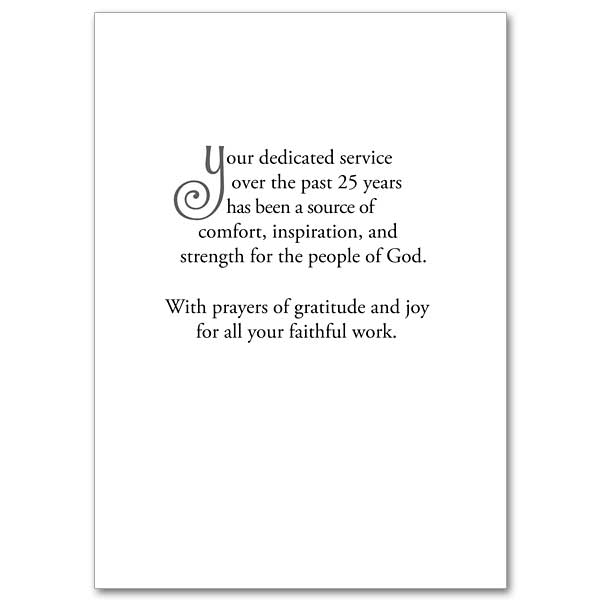 God Bless You, Father, on Your 25th Anniversary

Central lettering panel with images of a chalice at the top of the panel and a cross at the bottom of the panel. The background is if a handmade paper design. 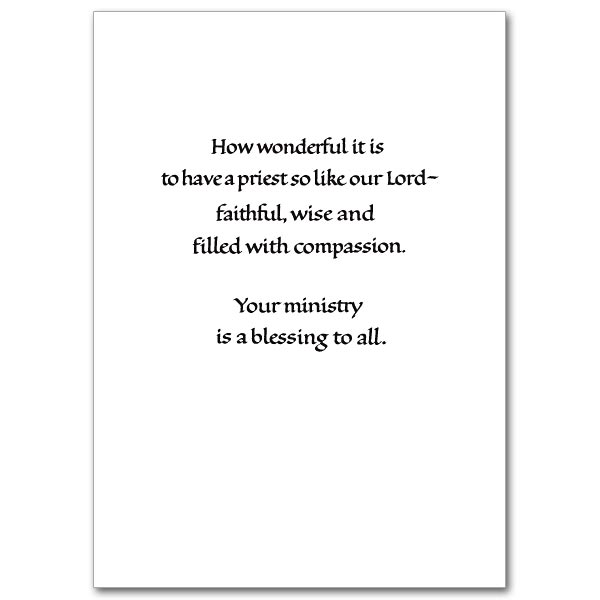 Honoring Your 25 Years of Service to God

Chalice and host with silver foil stamping Recognize this important milestone in the life of your parish priest. 5" by 7". 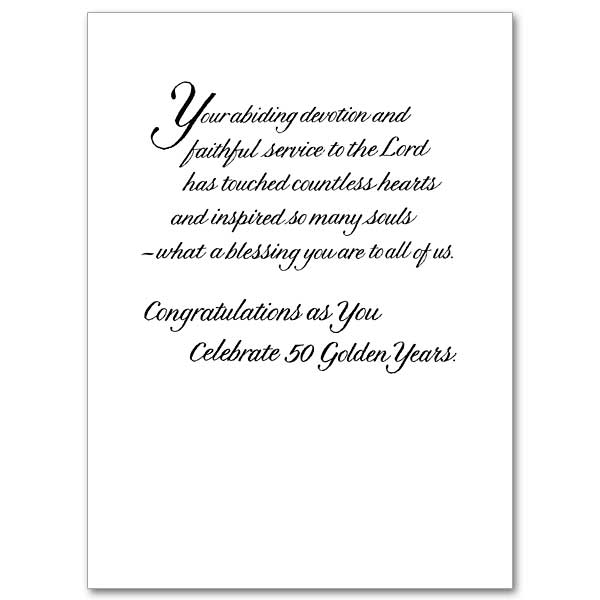 Celebrating You On Your Golden Jubilee

This card is appropriate for priests, brothers, monks, deacons, religious sisters, or any pastor or minister. Lettering in gold with a red and gold cross on a background of a handwritten musical score which is yellow in color. 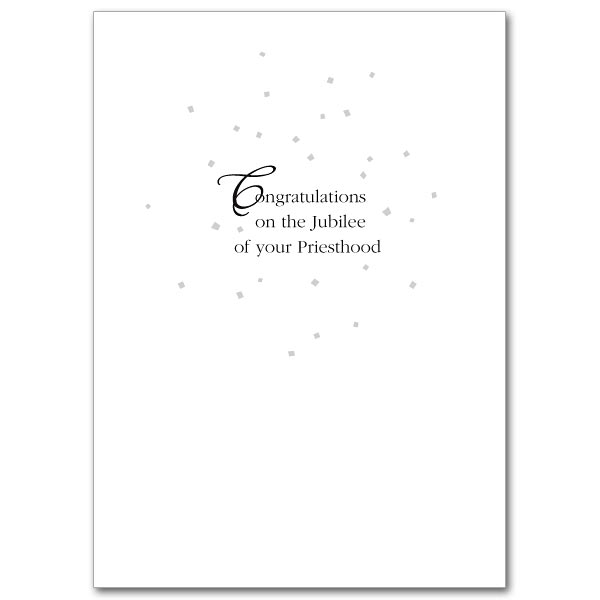